Written by nolaba on May 11, 2018. Posted in Economic Development, News. 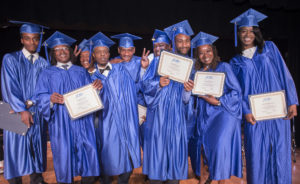 As New Orleans celebrates her 300th birthday, those who love the city are asking questions about what it will take for the next 300 years to be New Orleans’ best years. Central to addressing that question is determining what kind of economy our city will have. Further, will that economy work for all New Orleanians, independent of race, gender, religion, sexual orientation or birth ward? Often, we compare our city’s economic fortunes to Atlanta and Houston. At one point, the three cities were peers; now admittedly, we aspire to have Atlanta and Houston’s level of economic growth.

What happened to cause the divergent growth trajectories since 1960? There are a lot of causal factors, but may I posit one that might not be appreciated fully: while New Orleans welcomed diversity and inclusion culturally, Atlanta and Houston made the welcoming of diversity and inclusion a part of its economic growth DNA, an integral part of their respective economic development equations.

During the Sixties, Atlanta was too busy growing to leave specific communities behind, and in the Eighties, Houston experienced economic growth for folks from the Pacific Rim and sub-Saharan Africa as full participants in the local economy (an experience many Katrina refugees experienced in Houston that led them to stay there). In an increasingly global marketplace, the cities that are global centers for capital – New York, Toronto, London, Singapore, San Francisco, and I dare write Atlanta and Houston – placed a premium on diversity and inclusion as part of their economic competitiveness strategy.

Yes, as has been noted by others, a high functioning, high integrity and predictable government is a table stake for any city’s economic prosperity. However, without a city’s business community’s intentional messaging (and reinforcing behaviors) about the economic imperative of diversity, prospective corporate residents and the people who start them will not take notice of the city, stifling growth for all residents, not just the “diverse” ones. 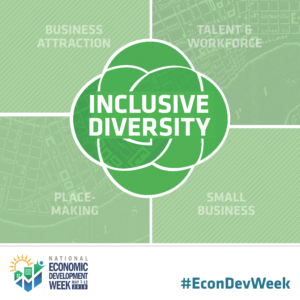 Need evidence? Check out Amazon’s questions for candidate cities for its HQ2 Request for Proposals. Questions about diversity and inclusion were not ancillary, but central to determining whether a city possessed the atmosphere in which Amazon could be successful.   In fact, one of the sections under “Key Preferences and Decision Drivers” was Cultural Community Fit where “the presence and support of a diverse population” is highlighted as one of the determinants of Cultural Community Fit.

New Orleans hasn’t progressed at the pace of our former peers because of too great of an emphasis on diversity, but perhaps because we are playing catch-up to other cities who were intentional earlier in their histories about understanding the economic imperative of diversity.

Too often, New Orleans’ communities of color were not engaged or invited consistently to participate on the economic playing field. However, by the time you read this, New Orleans will have its first elected woman mayor and its first Latino Chief Administrative Officer. That’s progress!

In the private sector, the construction of the new terminal at Louis Armstrong International Airport has involved an unprecedented level of participation by companies led by people of color. The Four Seasons project has set a new bar for ensuring that real estate development reflects the rich tapestry of the city’s culture mosaic. Local technology companies like Acrew, Torsh.co and Vizzit continue to expand perceptions of the hues of high-potential company leadership and are inspiring the next generation of entrepreneurs educated in schools like Rooted Schools.

While other cities have raced to a halftime lead, constructing a winning economy is a four quarter game. Evidenced by our rebuilding after the devastating tragedy of Hurricane Katrina, no city knows how to make “halftime adjustments” like New Orleans. No adjustment will make more of a profound impact on New Orleans’ future than our collective realization that diversity is an imperative for our shared economic competitiveness and survival.

Remember 28-3? Well, you haven’t seen a second half like the one New Orleans is fashioning as we make all New Orleanians economic winners during the next 300 years.  No playbook is more imaginative than ours. We won’t telegraph our winning plays; just sit back and enjoy the winning that will set an example for the rest of America.